Skip to content
July 2, 2020 jamorell What do research and theory in complexity and systems tell us about evaluation practice and evaluation theory?

Traditions of ‘Complexity and Systems Science’? 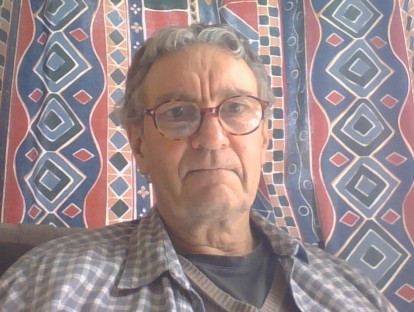 Complexity as used in complexity science invokes the scientific ontological (real world) premise that everything connects. Ideas of uncertainty and emergence are tied to appreciating reality as an infinite network of interconnections, the effects of which are impossible to precisely predict.  Systems science might be regarded as an endeavor to systematically bound such interconnections,  recognized by an impartial observer as relevant to a particular situation of interest.  By so doing, the ensuing bounded systems might be subject to scientific analysis. In systems science and complexity science, the key epistemological driver is positivism; there being an assumed direct representation between reality and systems (ontological realism; e.g. ‘the’ health system), subject to inquiry from an impartial ‘objective’ observer (scientist).

In contrast, complexity as used in a STiP tradition is an effect of contrasting human perspectives on the framing of interconnections, rather than an effect of interconnections directly. In the STiP tradition ‘systems’ as ontological representations of reality are legitimate, but the representations are always nominal (named by a human ‘observer’), provisional (with boundaries subject to change from other observers), and secondary.   Nominal systems such as (i) natural systems (individual organisms, ecosystems, solar system etc.); or (ii) engineered (purposive) systems (mechanical devices ranging from computers to heating systems), are secondary to a primary understanding and active use of systems as conceptual constructs which may be referred to as (iii) human (purposeful) systems.  Purposeful systems (where the bounded purposes are subject to ongoing adaptive change) are a powerful tool of contemporary STiP.  As distinct from ‘seeing’ reality only as natural or engineered systems,  purposeful systems enable such viewings to be tamed within a primary framing of a learning system (as an epistemological construct).  Such primary framings enable organisations, and interventions in education, health, etc. to be not only evaluated but (re)designed.  The STiP tradition, founded on epistemological constructivism, recognizes complexity as an effect of contrasting viewpoints on reality. Complexity here is a second-order attribute of interconnections in situations of interest – the indirect human framings of interconnections.  Complexity in complexity science is a first-order attribute of the interconnections themselves.

The difference is significant for all practitioners in all professional fields.   In a STiP tradition, complexity exists in all situations (since no human situation comprises only one perspective).   Each individual or group of individuals frame things differently depending on lifeworld experiences including, amongst other demographics, ethnic backgrounds.  STiP flushes out the framings of situations in terms of transparent purposeful systems in order to help improve the situations through more meaningful conversation amongst practitioners.  With increasingly uncertain times where racism is being called out internationally through the killing of black American George Floyd, it is perhaps worth recalling the founding principle of  STiP which takes its cue from C.West Churchman: “a systems approach begins when you see the world through the eyes of another” (1968 p. 23).

9 thoughts on “Traditions of ‘Complexity and Systems Science’?”

Any yet, we must soldier on, trying to predict what will happen and to explain why things work out as the way they do. My professional life has grappled with prediction and explanation through the lens of program evaluation. I have come to appreciate how much, and how little, evaluation can tell us. Sometimes it is “much”. Sometime is “little”. Sometimes it is “much” and “little” at the same time. This blog expresses my engagement with what evaluation can do, what it cannot do, what it should do, and what it should not do. About the graphic.