Skip to content
August 18, 2020August 24, 2020 jamorell What do research and theory in complexity and systems tell us about evaluation practice and evaluation theory? 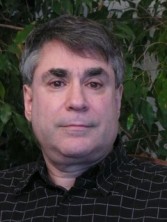 President, 4.669… Evaluation and Planning
jamorell@jamorell.com
blog
YouTube
This is the first of what I hope will be many posts that show how specific constructs from complexity science can be useful for doing evaluation. There will only be many posts if others contribute. Please do.

What is an evaluation scenario where “sensitive dependence” may be relevant?
Figure 1 is a typical logic model. It’s simple and stylized, but it’s the kind of thing we like to draw. (There is usually a feedback loop or two, but I’m leaving them

out to  keep the picture simple.) I realize that one can make distinctions between logic models, theories  of action, and theories of change, and  that those distinctions may affect what I am about to say. But for now, I am content to call these “models”. I don’t think the LM/ToA/ToC differences will make a big difference in my argument.

Maybe I’m wrong but I have a strong sense that whenever we construct models like Figure 1, what we really mean is Figure 2. I suspect that we assume that for the

outcome to be achieved, each link needs to be operative. I hope I am wrong because if we really believed in this model, it means we have set the program up for failure. Why? Because each connection must be operative. What are the odds?

We want people to design programs like Figure 3 because a program with this logic has a high probability of succeeding. The reason it could succeed is because there are three separate paths that can lead to the desired outcome.

Let’s say that we are handed a program like Figure #3. Or hopefully, that we have helped our customers realize that they should design programs like number three. What does this mean for evaluation? In one sense, not much. After all, in all three mod

els we still have to measure each element and determine if the indicated relationships are operating. Nor would the methodology be much different. More or less, whatever combination of time series data, comparison group data, and qualitative assessments that we would deploy for one model we would deploy for the others. The differences are in data interpretation.

What would make a difference would be if our customers looked at number three and asked: “Well, now that you have showed us what the correct path is, we can design programs like that  in the future and save ourselves a lot of time and effort. Isn’t that right?” Put another way, our customers would be saying: “You have showed us that our program theory was wrong. The real program theory is much simpler and cheaper and easier than we thought”.

If this were the case, what would be the implications for evaluation? There are many. But here are a few that I can think of.

Any yet, we must soldier on, trying to predict what will happen and to explain why things work out as they do. My professional life has grappled with prediction and explanation through the lens of program evaluation. I have come to appreciate how much, and how little, evaluation can tell us. Sometimes it is “much”. Sometime is “little”. Sometimes it is “much” and “little” at the same time. This blog expresses my engagement with what evaluation can do, what it cannot do, what it should do, and what it should not do. About the graphic.